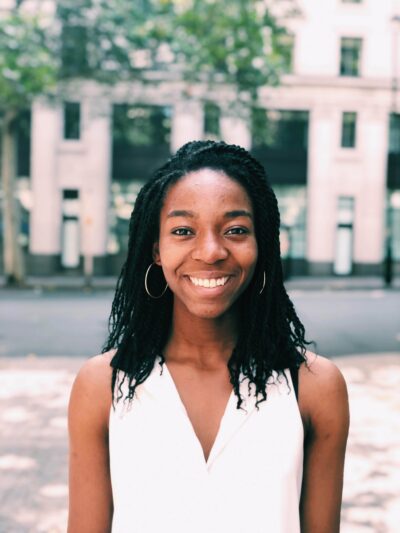 Tumi is a sharp and versatile screenwriter from London. Her debut TV spec, a newsroom drama entitled THE PHILADELPHIA HOPE, was the highest placing available script on the 2020 Brit List and earned her a development deal with Amazon UK. She wrote an episode of Abby Ajayi’s forthcoming drama RICHES which will air on ITV later this year. She also wrote on the final series of Grantchester, due to air later this year.

Last year Tumi was in the writers' room for a cerebral thriller series for New Regency/Scott Free. She was also in the writers’ room for a music drama with Archery Pictures, for Sky. She previously worked as a researcher supporting Sian Robins-Grace on THE BABY, a thrilling forthcoming series for Sky/HBO. She has also worked as a researcher for producer Katie Swinden and playwright and screenwriter Dennis Kelly, including on his BAFTA winning BBC One film TOGETHER.