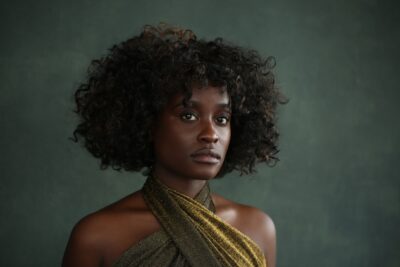 babirye is an actor, model, poet and writer born and raised in pre-gentrified Bethnal Green. babirye has taken part in BBC London Writers room (2018), the introduction to playwriting at the Royal Court theatre (2019), and the Soho writers lab (2020/1), and was Artist in Residence at Soho Theatre (2022). Their first play, ...BLACKBIRD HOUR, was shortlisted for the Bruntwood Prize for Playwriting in 2019, the inaugural Women’s Prize for Playwriting 2020, and the Alfred Fagon Award 2020. …CAKE, the play they wrote as a prequel to …BLACKBIRD HOUR, was presented at Theatre Peckham in 2021 to universal 4 and 5 star reviews, and was nominated for an Off WestEnd Award for Best Production of 2021 and for the Alfred Fagon Award 2021. They co-directed their play THE MASTER’S HOUSE with Chris Sonnex for the National Youth Theatre in 2021, and developed a short film based on it. In 2022, babirye directed WHITE GIRLS GANG at the New Diorama Theatre, and their short play YUMMY was presented as part of the BURN IT DOWN festival at Theatre Royal Stratford East. Their play THE NEW KINGDOM OF KITARA was Highly Commended in the Tony Craze Award 2021, and they are under commission to the Yard Theatre for a new play, CLUB D. They are also developing an audio play for Pentabus called BIRDS N DEM, and their poetry has been featured and published in SISTA! (Team Angelica Productions), THE COLOUR OF MADNESS ANTHOLOGY: EXPLORING BAME MENTAL HEALTH, and Sweet Thang Magazine. They recently performed new poetry to a sold out run at the Barbican during Inua Ellams and Michelle Tiwo’s take over celebrating Black British Girlhood and the blockbuster film ROCKS.