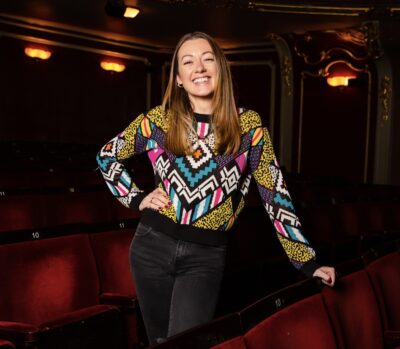 Caroline Kay is a Dublin-born writer, composer, and performer, whose voice is authentic; influenced by a combination of Irish writing, contemporary musical theatre, and a range of singer-songwriters. With a degree in English and Music and a master’s in performance from Mountview Academy of Theatre Arts, she has been writing and performing much of her life. Caroline has released two EPs of her original music - Notes (2017) and tricks (2019) - which both went to number 1 in the Irish iTunes Album Charts. In the first lockdown of 2020, she and West End’s David Hunter wrote, produced, & starred in their Musical Short, The Space Between, released by What’s on Stage. 2021 saw the successful production of two workshops of Caroline’s original musical, Daisy, for which she has written the book, music, and lyrics. Further development of this musical is underway.