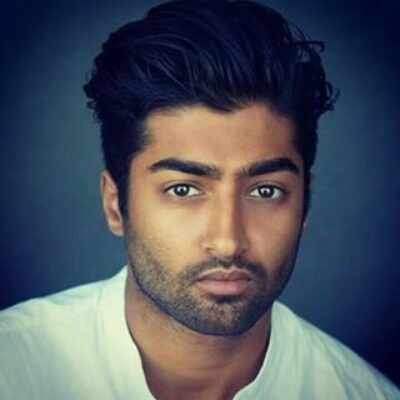 Nikhil is a London based, Manchester born British-Asian screenwriter and actor. A recent graduate of Emmy award winner Andy Riley's mentorship scheme for writers from diverse backgrounds, he now has several projects in development including a 70s set comedy-drama about immigration and a murder mystery with Steve Coogan’s Baby Cow, a darkly comic political-thriller with Benedict Cumberbatch’s SunnyMarch and an acerbic comedy about cancel culture with DNA.

Alongside his original projects, he was in the writers' room for the Channel 4 Comedy Blap BRAD BOYZ which he also starred in.

Nikhil is currently part of the Bush Theatre’s prestigious Emerging Writers' Group. He is also one of six writers contributing to MY WHITE BEST FRIEND – NORTH at the Manchester Royal Exchange in October 2021.

As an actor, he has appeared in BREEDERS (Avalon/Sky), THIS WAY UP (Merman/C4/Hulu), BRASSIC (Calamity/Sky) and Ricky Gervais’ AFTER LIFE (Derek/Netflix).