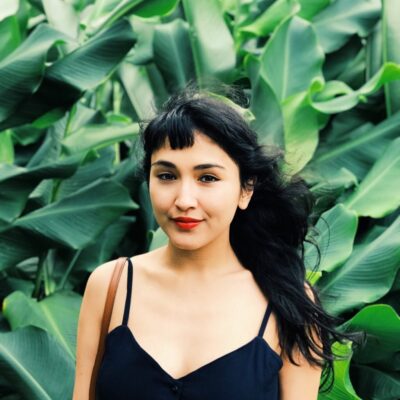 Roxy is a British Malaysian-Chinese-Iranian filmmaker hailing from Brent, London. She is currently working with Philippa Langdale as 2nd Unit Director on Series 2 of THE CAPTURE for Heyday/BBC/NBC and prior to that, she shadowed Toby MacDonald on Sid Gentle’s RAGDOLL for AMC/Alibi. In 2021 she co-wrote, directed and exec produced HONESTY – a short film for BBC Films/BFI which premiered at the London Film Festival. Although her focus is now on scripted drama, she is perhaps best known as a documentary filmmaker. In 2018 she developed, directed and produced the multi award-winning documentary LITTLE PYONGYANG which featured on BBC World News after amassing over ¼ million views online and was subsequently named by Wired as one of the best documentaries streaming in the UK. Her subsequent documentary short WIFI RIDER was picked up by Academy Award winner Roger Ross Williams for his series ONE STORY UP which streamed on Topic. She’s also directed factual programmes for VICE, BBC3 and BBC4 and produced on the twice Emmy-nominated series GAYCATION for VICELAND having developed the pilot with Oscar-winning Executive Producer Spike Jonze and the host Elliot Page.